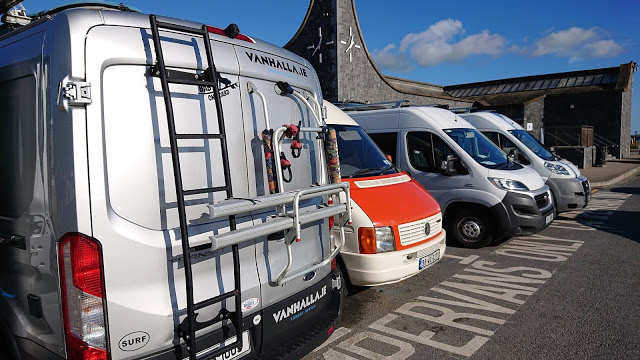 Tramore has got its act together and confidently takes on the allure and lore of the Wild Atlantic Way as it flexes itself as one of the star attractions of Ireland’s Ancient East.

Lá brea cois farraige a bhí ann.
A beautiful sunny day by the seaside. The simple childish delight of it all.

A flashback to boyhood family trips squashed and squeezed into the back seat of my father’s black Anglia and later on the deep purple Ford Cortina.

Dozens of ham sandwiches, flasks of piping hot tea and flagons of thirst quenching Cidona on hand to last a fortnight for fear we’d get stranded and us steps-of-stairs kids only carnivorously craving candy-floss and ice cream cones and we’d gladly feed those sand speckled sandwiches from the plaid blanket to the equally ravenous seagulls so as to justify our qualification for a 99.
Maybe that’s where all the trouble with gulls these days started. Bad habits and all that.

But we are all grown up now and so too is Tramore, An Trá Mhór, the great strand, all sensible and sophisticated, sticking out its chest, rightly proud of its 5km Blue Flag beach.

I rediscovered Tramore about 15 years ago when I first took up surfing and lessons at the legendary T-Bay Surf Club one of the cornerstones of the Irish surfing scene for 50 years now and still going strong. One of the best, safest and eco-friendly surf schools in the country is the appropriately titled Freedom Surf School, which even more interestingly offers bilingual lessons. It’s run by Pam and Billy Butler who are quite simply top notch in every way. 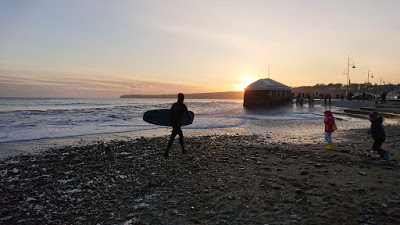 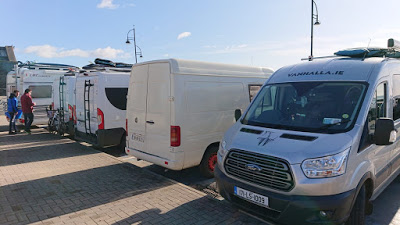 Yes there are still the chair-o-planes and dodgems, the cones and candyfloss but they are punctuated by the cafés and surf shops, a skate park and parking bays for campervans. Not gone quite all out posh but certainly notions about itself has our Tramore, since it has tidied itself up and cleaned up its act.
Tramore has got its act together and confidently takes on the allure and lore of the Wild Atlantic Way as it flexes itself as one of the star attractions of Ireland’s Ancient East, neatly nestled in the bay between the Viking heritage of Waterford on its eastern shoulder and the glorious Copper Coast with its greenways and fancy restaurants off out to its west.
The bald-bearded bikers sit sipping their mochas and Americanos hot in their leathers on the wooden benches outside the cheerful Sandcastle coffee shop and ice-cream parlour; opposite the busy promenade, not wanting to grow up, not yet. The seaside is so much more fun than having to grow up. 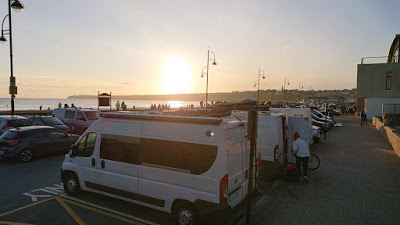 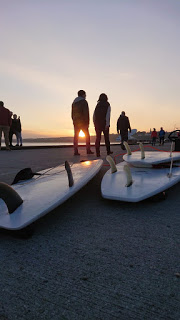 Just beside them is the National Lifeguard Training Centre. Tramore in all its splendour would save your life on a sunny day and we were blessed to arrive in the nick of time to nab one of the five campervan parking bays which had just been vacated. They could do with at least five more, but it’s a start and better than an overhead barrier or ‘No Motorhome’ parking signs.

Tramore has the ‘Welcome’ mat out at the front door for sure, a Céad Míle Fáilte to a big strand with a big heart, that lives up to its name; as walkers with buggies and dogs and children and kites and friends and gossip leg it down the prom like a runway before taking off along the sandy beach with its pristine dunes on your left, the promise of a stunning sunset over beyond The Metal Man to your right.

Local knowledge tells me that Moe’s and Brooklyn are good spots too for a bite and there are plenty of options for snacks and refreshments all along the prom. Back up in town The Victoria House on Queen’s Street is a favourite of the cool surfing set for a beer and bands, or The Vic as it’s known to those in the know. The Copperhen is good for food. 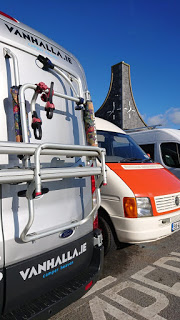 If you fancy a refreshing dip in the brine then you can jump in the sea at the designated open-water swimming spot at The Guillamene, Newtown Cove just around the corner from Tramore with the beaches of Annestown and Bunmahon beckoning a little further out the R675.
If none of that takes your fancy then you can have a flutter on the gee gees at the local Waterford & Tramore Horse Racing Track which is close by. The next race meeting in Tramore is on December 10, first race at 12.25. 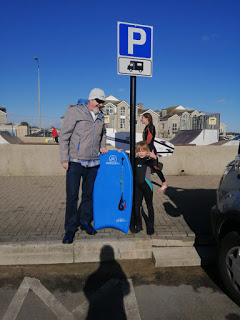 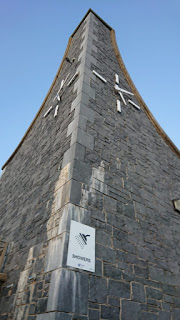 Back down on the prom the good news is there are no metres or parking charges and while there is a height restriction barrier on the overflow car park there is plenty of scope to park along the prom, including those 5 designated campervan spots. A section of the prom is also a one-way system.
But it can be pretty busy on sunny days and weekends and pay & display parking fees do apply from 10am to 8pm in the high season from June to September.
There is a well maintained public toilet block at the clock tower, which also contains two external cold shower faucets, neither which was operational unfortunately. Pity as they would be handy for washing of the sand and salt, and they could surely do with a few of these on the access points to the beach. Waterford County Council take note please.
All the facilities are in a compact space as this is right beside the busy skate park which is a buzz with young boys and girls having a ball on their scooters, roller blades, and skateboards.
Lá brea cois farraige a bhí ann but it’s hard to beat Tramore for a day trip any time. Kids of all ages love it, even grown up ones like myself!
Tramore is a charming spot and the good news is, it’s open all year round. 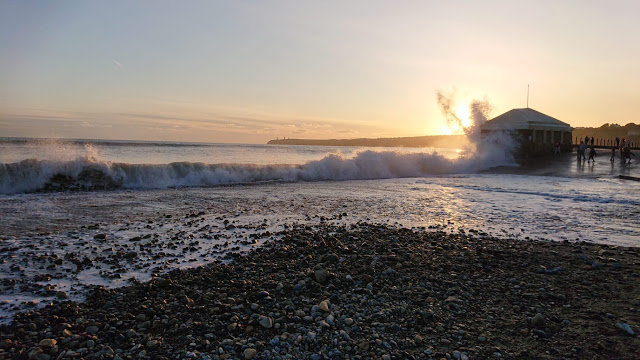 *For those wishing to stay longer than a day trip there are touring campsite options in the locality, which come well recommended, although Vanhalla cannot personally vouch as we have not used them to date.
Fitzmaurices is a long established family run caravan & camping park just 300 metres from the beach while just 2km out the road and nearby to The Guillamene is Newtown Cove Caravan Park which is a well appointed 4-star facility. Both spots look like good options for a longer stay in this locality. 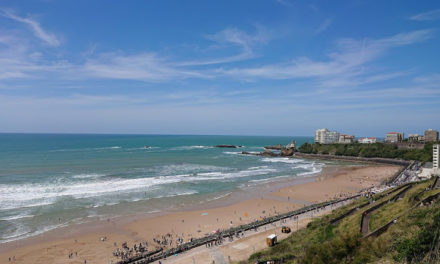 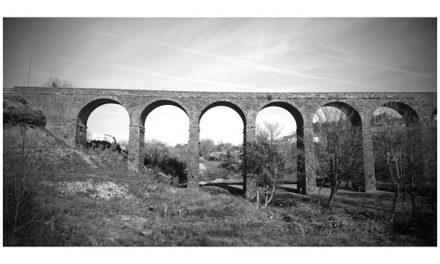 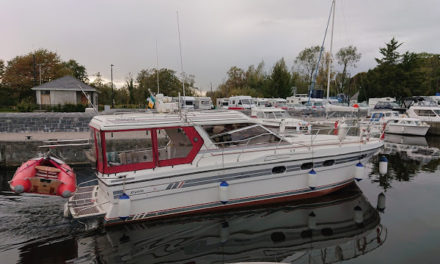 Portumna points the way in facilities for campers 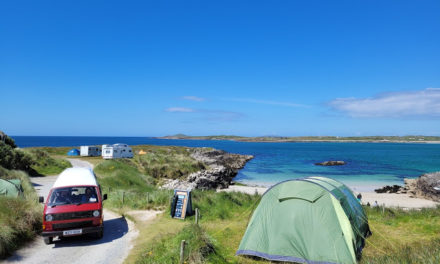 Hit the road and enjoy the year of the campervan