L is for Lahinch, I love Lahinch… 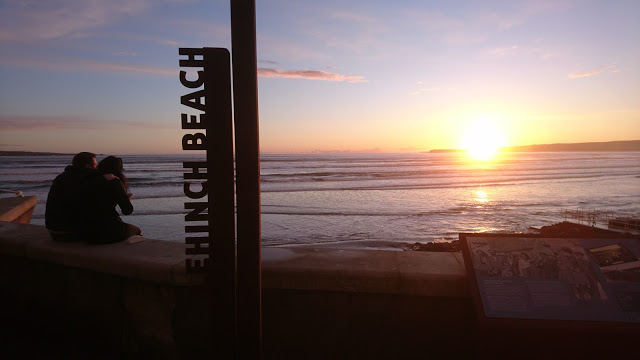 Styling itself Surf City, Lahinch, and with good reason. Both town and surfers have learned to enjoy each other’s company, in a symbiotic way, all year round, the Wild Atlantic Way town has carved out a niche that has it eating, drinking and sleeping surf.

I have a soft spot for Tramore aka T-Bay (where I first learned to surf); I have a great gráfor Rossnowlagh, my favourite Irish beach, but at the end of the day I love Lahinch, week in, week out.
Lahinch grew up thinking it was a ‘golfer’ but had a midlife crisis and realised that it’s actually a ‘surfer’ (Yipee!). It now styles itself as Surf City Lahinch, and with good reason. Both town and surfers have learned to enjoy each other’s company, in a symbiotic way, all year round, the Wild Atlantic Way town has carved out a niche that has it eating, drinking and sleeping surf.
I started going to Lahinch about fifteen years ago for the surf but I keep going back not just for the waves, but the people, the place and the possibilities.  Yes, the surf is first and foremost for any trip, and at about two and a half hours (mostly motorway) from Portlaoise, Lahinch is a doable day trip. Lahinch beach is safe and well serviced these days by numerous surf schools and rentals for surfers of all ages and standard. 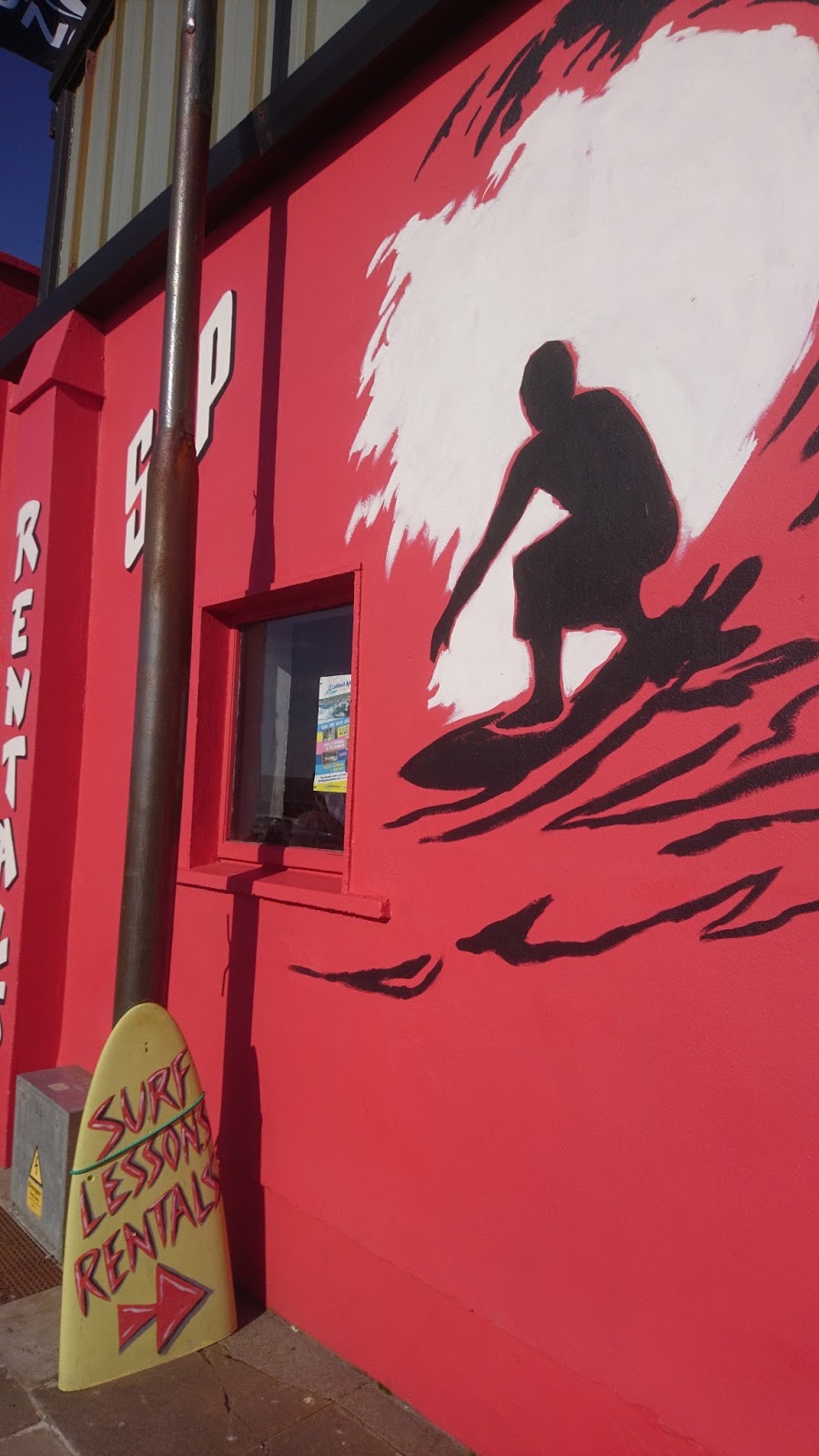 On a grey day, Lahinch can have a dull and even grubby demeanour but even if there is no sun or swell Lahinch has lots more up its sleeve. Apart from its world renowned golf links (whose 125 years have been captured in an impressive new hardback coffee table tome and the course is the venue for the Irish Open next week), there is a great promenade and extended beachside walk; an indoor swimming pool and leisure centre; a climbing wall; a really good children’s playground (where I have bumped in to rugby star Paul O’ Connell minding his kids).

There are options for other outdoor activities like kayaking the River Inagh right down to the sea from nearby Ennistymon. (For kayaking and surf rentals I recommend Ben’s Surf Clinic & Surf School, which was recently listed as one of the Top 10 surf schools in the world no less by the Guardian newspaper).

There is a modern lifeguard building which operates in the season, two handy new shower stacks a welcome if long overdue addition for surfers and swimmers to wash off sand and salt and a public toilet block, which thanks to the big golf tournament coming to town has received a major makeover.
Aesthetically, Lahinch is nothing to write home about (although I have come to enjoy the vista of the town from out in the water, a Lowryesque scene of matchstick men and women walking their matchstick dogs along the beach and prom and matchstick golfers against a backdrop of fluttering flags, dunes and multi-coloured lego-like buildings, all looking even more resplendent in the summer sun that they have got a lick of paint…for the golf.
Among them nestle a very good and unpretentiously titled Lahinch Book Shop which has managed to survive the online onslaught, all sorts of quirky gift shops and boutiques with many offering local goods, art and crafts. Plenty of pubs serving up food during the day and tunes in the evening; ice cream parlours and pizza places too – my own favourite haunts are Joe’s Café(especially for breakfast); Randaddy’s on the prom (which had queues outside all last summer) ideal to while away an hour on its outer deck; O’ Looney’s with its brilliant seascape view also has a super great stone baked pizza in its adjacent Surfer’s Bar; Flanagan’s is a good spot too (great for seafood specials), but for me it’s Kenny’s that works best, its, staff, service, menu and songs will never let you down; home of the famous White Horse Sessions, a place with a slightly bohemian vibe and yet grounded enough in its traditions to still stay closed on Good Fridays.
But Lahinch does not rely on any culinary offering or architecture for its appeal, for its charm is rooted in its people, friendly and facilitating. It may even be that Lahinch has the most accommodating and decent traffic warden in the world in the obliging but effective, Roger Mc Mahon, not an easy task in a busy seaside resort. (All day parking costs €4 and it’s a minimum of €2 for up to three hours).

Lahinch lives in the shadow of the Cliffs of Moher and is only a stone’s throw from Doolin, Lisdoonvarna, Liscannor, Spanish Point, Miltown Malbay and its next door neighbour Ennistymon, all who have their own story to tell but time and time again Lahinch can more than holds its own, not least for its lingering Atlantic horizon sunsets.

Lahinch has a few hotels, lots of hostels, loads of B&Bs and a good campsite within 10 minute walking distance of the promenade*, but only 5 spots reserved for campervans in its vast parking area; which despite Roger Mc Mahon’s best efforts are not always respected as such, and a few more would be welcome and put to good use by surfers and others who have been a great economic boon to the town.

There is of course a great and long established Lahinch Surf Shop, strategically located with a great vantage of the best breaks. It was here I got my own 9’6” Beachbeat longboard designed by Chops out of Cornwall, and the shop is a great spot to pick up your surf wax, a new leash or just shoot the breeze about the conditions, and of course the classic day you missed last week…

There is a piece of graffiti scribbled along one of the gable walls facing the prom in the town – ‘Don’t count the days, make the days count’ – Lahinch is the sort of place you can do just that.

* Ocean View Park is a spacious camping facility situated on the Miltown Malbay/Spanish Point Road out of Lahinch and is within easy 10 minute walking distance of the beach – 065 7081626.

*The Irish Open European Tour Golf Championship takes place in Lahinch next weeken from July 4 -7 for a purse of over €6m.
Not bad for pucking a ball around a field with no one even marking you… 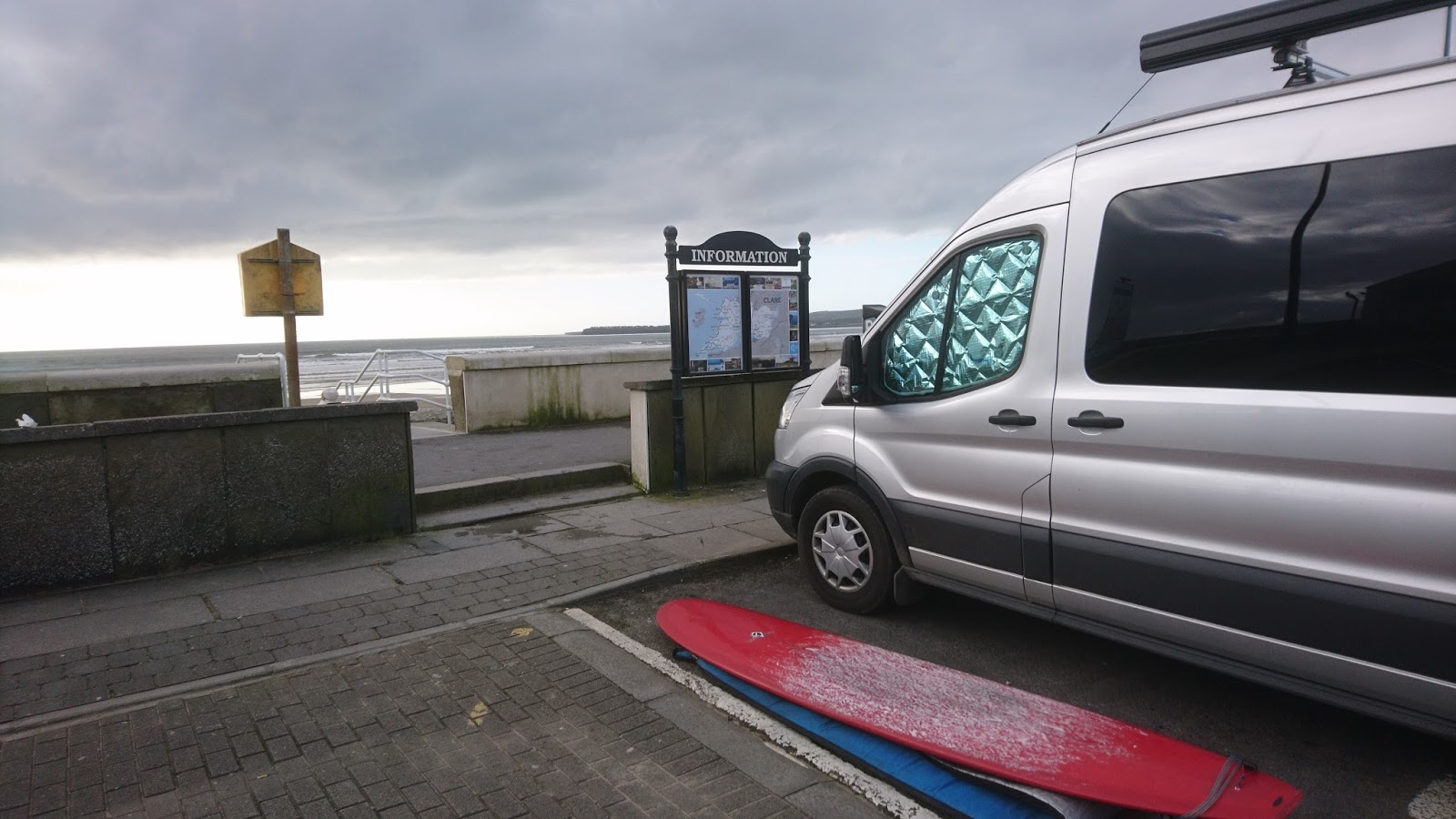 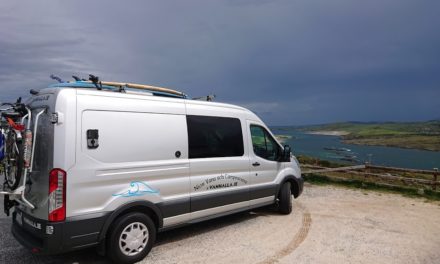 On top of the world in Downings

Eagle Point the perfect place to paddle your own canoe 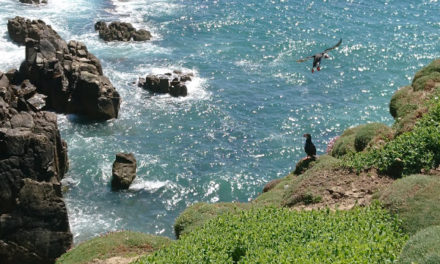 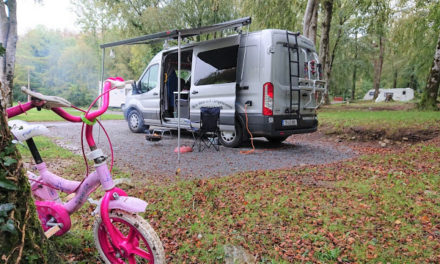